David Jon Gilmour CBE (/ˈɡɪlmɔːr/ GHIL-mor; born 6 March 1946) is an English musician who was a member of the progressive rock band Pink Floyd. He joined the group as guitarist and co-lead vocalist in 1968 shortly before the departure of founding member Syd Barrett. Pink Floyd achieved international success with the concept albums The Dark Side of the Moon, Wish You Were Here, Animals, and The Wall. 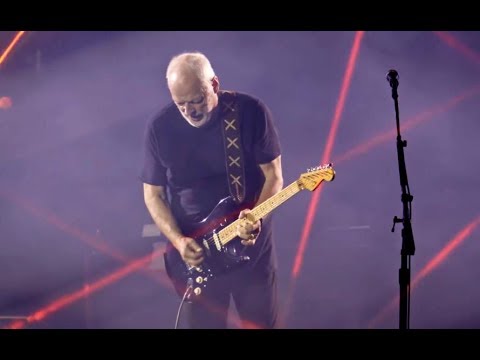 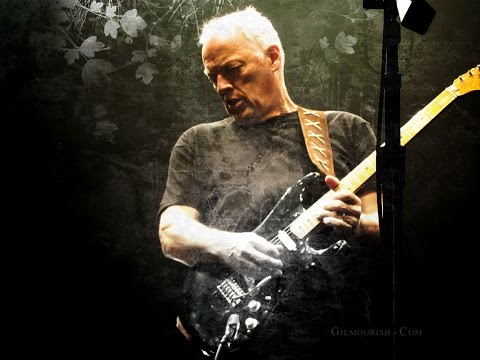 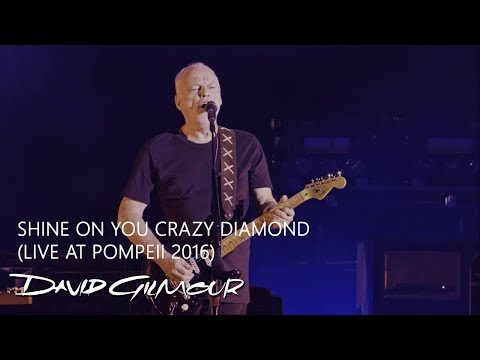 Shine on You Crazy Diamond

By the early 1980s, they had become one of the best-selling and most acclaimed acts in music history; by 2012, the band had sold more than 250 million records worldwide, including 75 million units sold in the United States. Following the departure of Roger Waters in 1985, Pink Floyd continued under Gilmour’s leadership and released three more studio albums.

Gilmour has produced a variety of artists, such as the Dream Academy, and has released four solo studio albums: David Gilmour, About Face, On an Island, and Rattle That Lock. He is also credited for bringing singer-songwriter Kate Bush to public attention. As a member of Pink Floyd, he was inducted into the US Rock and Roll Hall of Fame in 1996, and the UK Music Hall of Fame in 2005. In 2003, Gilmour was made a Commander of the Order of the British Empire (CBE).

He was awarded the Outstanding Contribution title at the 2008 Q Awards. In 2011, Rolling Stone magazine ranked him number 14 in their list of the greatest guitarists of all time. He was voted number 36 in the greatest voices in rock by Planet Rock listeners in 2009.

Gilmour has taken part in projects related to issues including animal rights, environmentalism, homelessness, poverty, and human rights. He has married twice and is the father of eight children.

A Step-by-Step Breakdown of David Gilmour’s Guitar Styles and Techniques (Signature Licks Guitar). Explore the epic works of space rock pioneers Pink Floyd with this instructional book. You’ll learn the details behind the songs “Another Brick in the Wall, Part 2,” “Comfortably Numb,” “Hey You,” “Wish You Were Here,” and more classics.