Duane Eddy (born April 26, 1938) is an American guitarist. In the late 1950s and early 1960s, he had a string of hit records produced by Lee Hazlewood, which were noted for their characteristically “twangy” sound, including “Rebel-‘Rouser”, “Peter Gunn”, and “Because They’re Young”. He had sold 12 million records by 1963. He was inducted into the Rock and Roll Hall of Fame in 1994, and the Musicians Hall of Fame and Museum in 2008. 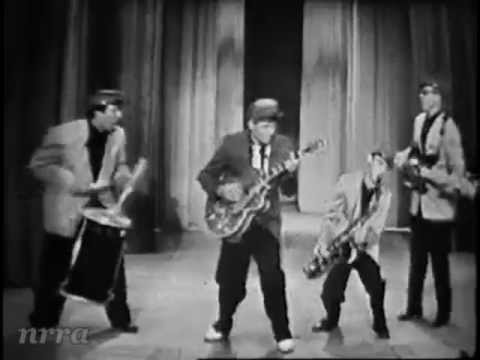 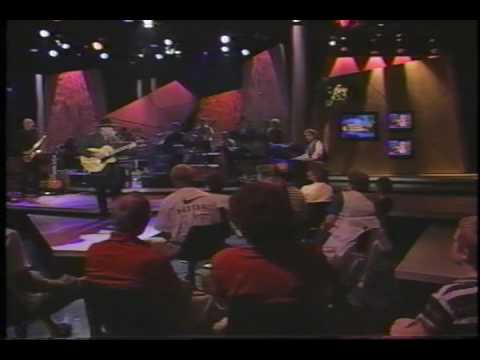 Ghost Riders in The Sky
3 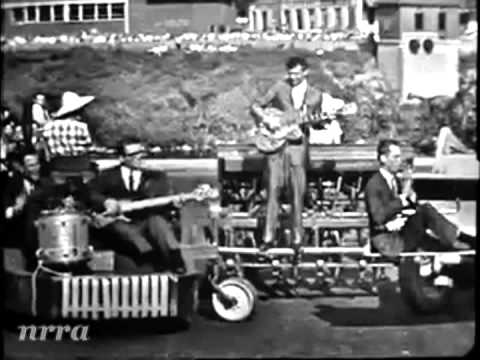 Born in Corning, New York, he began playing the guitar at the age of five. In 1951, his family moved to Tucson, and then to Coolidge, Arizona. At the age of 16, he obtained a Chet Atkins model Gretsch guitar and formed a duo, Jimmy and Duane, with his friend Jimmy Delbridge (who later recorded as Jimmy Dell). While performing at local radio station KCKY, they met disc jockey Lee Hazlewood, who produced the duo’s single, “Soda Fountain Girl”, recorded and released in 1955 in Phoenix.

Hazlewood then produced Sanford Clark’s 1956 hit, “The Fool”, featuring guitarist Al Casey, while Eddy and Delbridge performed and appeared on radio stations in Phoenix before joining Buddy Long’s Western Melody Boys, playing country music in and around the city.

Eddy devised a technique of playing lead on his guitar’s bass strings to produce a low, reverberant “twangy” sound. In November 1957, Eddy recorded an instrumental, “Movin’ n’ Groovin'”, co-written by Eddy and Hazlewood. As the Phoenix studio had no echo chamber, Hazlewood bought a 2,000-gallon (7570-litre) water storage tank that he used as an echo chamber to accentuate the “twangy” guitar sound. In 1958, Eddy signed a recording contract with Lester Sill and Lee Hazlewood to record in Phoenix at the Audio Recorders studio. Sill and Hazlewood leased the tapes of all the singles and albums to the Philadelphia-based Jamie Records.

The Best of Duane Eddy