George Washington Benson (born March 22, 1943) is an American guitarist, singer, and songwriter. He began his professional career at the age of 21 as a jazz guitarist. Benson uses a rest-stroke picking technique similar to that of gypsy jazz players such as Django Reinhardt. 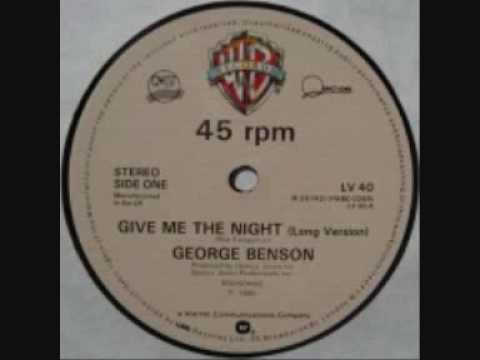 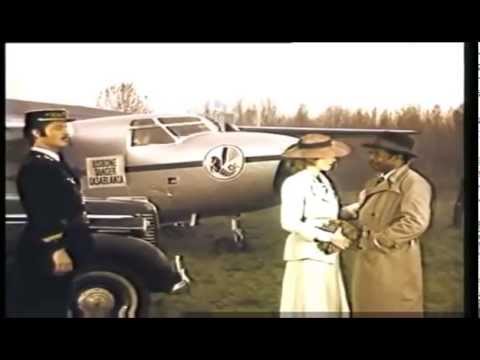 Nothing's Gonna Change My Love For You
3 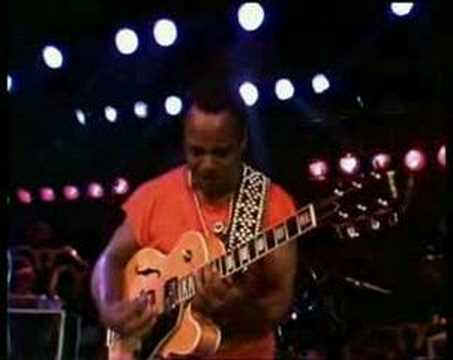 A former child prodigy, Benson first came to prominence in the 1960s, playing soul jazz with Jack McDuff and others. He then launched a successful solo career, alternating between jazz, pop, R&B singing, and scat singing. His album Breezin’ was certified triple-platinum, hitting no. 1 on the Billboard album chart in 1976. His concerts were well attended through the 1980s, and he still has a large following. Benson has been honored with a star on the Hollywood Walk of Fame.

Benson was born and raised in the Hill District in Pittsburgh, Pennsylvania. At the age of seven, he first played the ukulele in a corner drug store, for which he was paid a few dollars. At the age of eight, he played guitar in an unlicensed nightclub on Friday and Saturday nights, but the police soon closed the club down. At the age of 9, he started to record. Out of the four sides he cut, two were released: “She Makes Me Mad” backed with “It Should Have Been Me”, with RCA-Victor in New York; although one source indicates this record was released under the name “Little Georgie”, the 45rpm label is printed with the name George Benson.

The single was produced by Leroy Kirkland for RCA’s rhythm and blues label, Groove Records. As he has stated in an interview, Benson’s introduction to showbusiness had an effect on his schooling. When this was discovered (tied with the failure of his single) his guitar was impounded. Luckily, after he spent time in a juvenile detention center his stepfather made him a new guitar.

A Step-by-Step Breakdown of His Guitar Styles and Techniques (Signature Licks)Learn and explore the music of one of the most respected and pioneering jazz guitar players of our time. This book/CD pack provides a hands-on analysis of 13 great performances.

The Guitar Style of George Benson

Learn the licks, tricks, techniques, funky phrasing and hip melodic ideas of jazz great George Benson in these transcriptions of 13 of his signature standards: Affirmation * Billie’s Bounce (Bill’s Bounce) * Breezin’ * The Cooker * Easy Living * Gentle Rain * Low Down and Dirty * Poquito Spanish, Poquito Funk * Sack of Woe * So What * Song for My Father * This Masquerade.