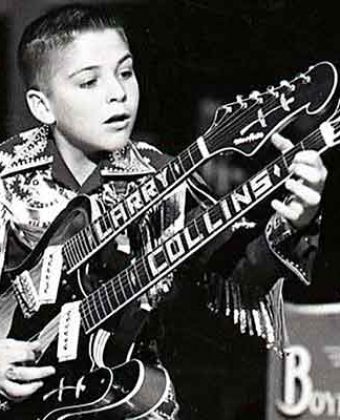 With his sister Lorrie, guitarist and singer Larry Collins was part of the brother-sister duo the Collins Kids, who cut some of the best rockabilly of the 1950s. Playing a double-neck guitar, Collins was a brilliant guitar prodigy, and took time to cut some hot instrumental duets with mentor Joe Maphis, a country guitarist 20 years his senior. 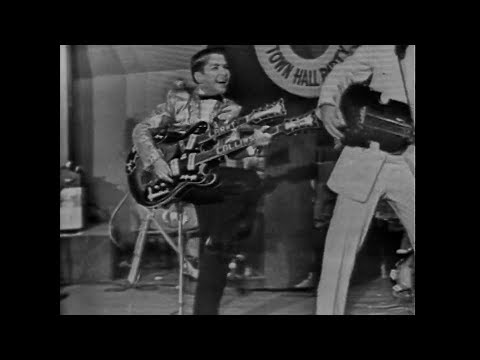 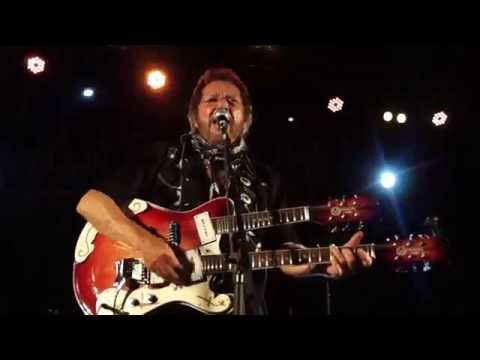 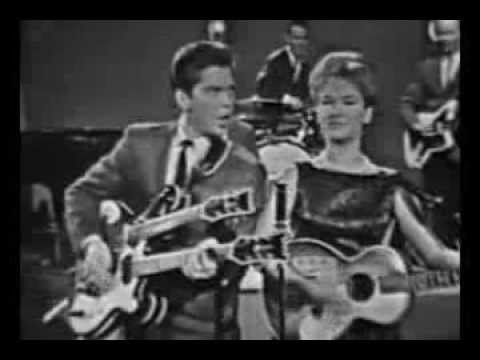 Larry and his sister Lorrie were Okies who moved to Southern California with their family in the first half of the 1950s, looking for their own piece of the American dream.

Larry was tremendously talented and full of youthful energy. When Larry and Lorrie (now renamed The Collins Kids) got hired on as regulars on the popular Los Angeles live country music television show Town Hall Party, Larry (9 years old at the time they joined the show) was mentored by two of the greatest guitarists in American music history—Joe Maphis and Merle Travis. Joe’s huge, unwieldy custom-built Mosrite doubleneck guitar was his signature instrument, and by 1956 Larry had one built for him, too. Although the doubleneck Mosrite was one of the heaviest and most cumbersome guitars ever built, the visual impact of Joe Maphis and Larry Collins on dueling doublenecks was pure electricity on live television of the era.

Joe Maphis was the Eddie Van Halen of his day—fast, fleet-fingered, dizzying—but by 1956 the 11-year old Larry Collins was no slouch, either. He could play the living hell out of that doubleneck Mosrite guitar, all the while dancing and jumping around like an escaped monkey on helium, literally running circles around his sister, singing harmonies and backing her up on guitar. As a songwriter, his most famous credit is co-penning “Delta Dawn.”