Muriel Anderson was born in Downers Grove, Illinois, and is of Finnish descent: her great grandparents emigrated to the United States from Finland. Her grandfather played saxophone in the John Philip Sousa band. She learned piano as a child. When she was eight, she was given a guitar from a family friend who was going to throw it away. In her early teens, she took lessons at Old Town School of Folk Music in Chicago. In high school she was a member of the jazz band and helped form a bluegrass band with which she performed through her college years.
Muriel Anderson attended DePaul University in Chicago on an academic scholarship. At DePaul she took mandolin lessons from Jethro Burns, who introduced her to his brother-in-law, Chet Atkins. Atkins became a friend and mentor to Anderson.[2] One of her classical guitar teachers at DePaul was Leon Borkowski, who had been a student of Christopher Parkening. She took master classes with Parkening in Montana.
Anderson has performed with Chet Atkins, Tommy Emmanuel, Earl Klugh, Les Paul, and Doc Watson. 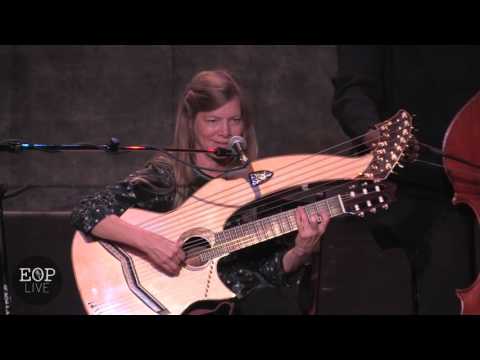 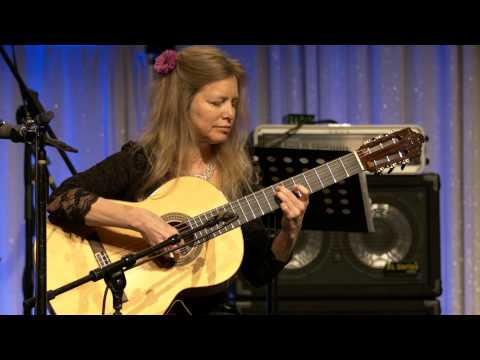 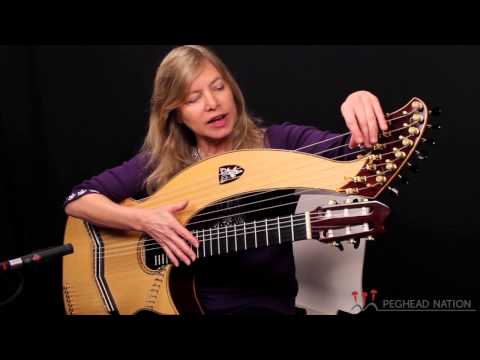 Her 2020 release is “Acoustic Chef,” a cookbook with a CD of music for each recipe. She recorded an album with the flamenco duo Tierra Negra. Her double-album, Nightlight Daylight, won eleven national and international awards. The CD cover contains fiber optics that illuminate an image of the sky when the cover is pressed. She usually plays a nylon string guitar and a Doolin custom 21-string harp guitar which has both nylon and steel strings.
Anderson has released more than a dozen solo albums, instructional CDs, and DVDs through TrueFire and Homespun, and songbooks published by Hal Leonard, Mel Bay, and Zen-On Japan. Her compositions include commissioned classical works for the Nashville Chamber Orchestra and Vox Caelestis Women’s Choir. She is a member of the advisory board for Mel Bay.
She started All Star Guitar Night, which donates its money to the Music for Life Alliance, a charity she founded. Her music can be heard in Woody Allen’s film, Vicky Cristina Barcelona. Her album Heartstrings accompanied astronauts on the space shuttle Discovery.

Muriel Anderson is considered one of the USA’s foremost guitarists and harp-guitarists. She is the first woman to have won the National Fingerstyle Guitar Championship. She is host and originator of the “Muriel Anderson’s ALL STAR GUITAR NIGHT” as well as founder of the Music for Life Alliance, to support music education in schools and grassroots programs nationwide. Her double CD “Nightlight Daylight” is the first to use fiber optics in the package, her original idea, and it has won a dozen national and international honors. Her Heartstrings recording accompanied the astronauts on a space shuttle mission, and her new release “Acoustic Chef” is both an international cookbook and a CD.

Muriel is a wonderful player and truefire were lucky enough to get him to make this fantastic course. Essentials: Fingerstyle Guitar is probably one of my favourite true fire courses, Muriel is not only a great player but also a very solid teacher. If your looking for something a little different in the fingerstyle department check out this course.