Aaron Thibeaux “T-Bone” Walker (May 28, 1910 – March 16, 1975) was an American blues guitarist, singer, songwriter and multi-instrumentalist, who was a pioneer and innovator of the jump blues and electric blues sound. In 2018 Rolling Stone magazine ranked him number 37 on its list of “The 100 Greatest Guitarists of All Time”. 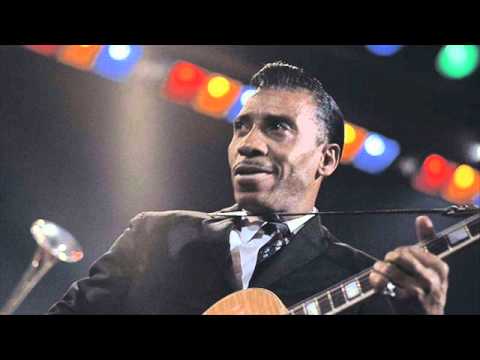 Aaron Thibeaux Walker was born in Linden, Texas, of African-American and Cherokee descent. His parents, Movelia Jimerson and Rance Walker were both musicians. His stepfather, Marco Washington, taught him to play the guitar, ukulele, banjo, violin, mandolin, and piano.

Walker began his career as a teenager in Dallas in the 1920s. His mother and stepfather (a member of the Dallas String Band) were musicians, and Blind Lemon Jefferson, a family friend, sometimes came over for dinner. Walker left school at the age of 10, and by 15 he was a professional performer on the blues circuit. Initially, he was Jefferson’s protégé and would guide him around town for his gigs.

In 1929, Walker made his recording debut with Columbia Records, billed as Oak Cliff T-Bone, releasing the single “Wichita Falls Blues” backed with “Trinity River Blues”. Oak Cliff is the community in which he lived at the time, and T-Bone is a corruption of his middle name. The pianist Douglas Fernell played accompaniment on the record.

Walker married Vida Lee in 1935; the couple had three children.

By the age of 25, Walker was working in clubs on Central Avenue, in Los Angeles, sometimes as the featured singer and as guitarist with Les Hite’s orchestra. In 1940 he recorded with Hite for the Varsity label, but he was featured only as a singer.

The Guitar Play-Along Series will help you play your favorite songs quickly and easily! Just follow the tab, listen to the audio to hear how the guitar should sound, and then play along using the separate backing tracks. The melody and lyrics are also included in the book in case you want to sing, or to simply help you follow along.