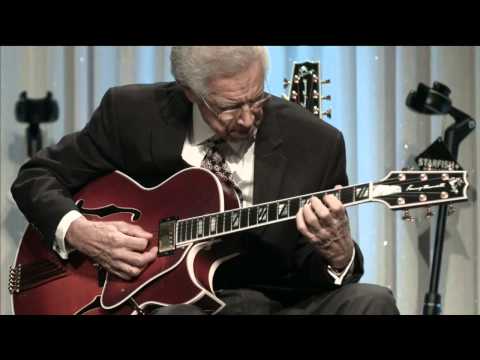 Burrell is a professor and Director of Jazz Studies at the UCLA Herb Alpert School of Music. Burrell was born in Detroit, Michigan. Both his parents played instruments, and he began playing guitar at the age of 12 after listening to Charlie Christian’s recordings. During World War II, due to metal shortage, he abandoned the idea of becoming a saxophonist and bought an acoustic guitar for $10. He was inspired to play jazz after listening to Oscar Moore, but it was Django Reinhardt who showed him “that you could get your own individuality on an instrument.”

He went on to study composition and theory with Louis Cabara and classical guitar with Joe Fava. While a student at Wayne State University, he made his recording debut as a member of Dizzy Gillespie’s sextet in 1951, followed by the “Rose of Tangier”/”Ground Round” single recorded under his own name at Fortune Records in Detroit. While in college, Burrell founded the New World Music Society collective with fellow Detroit musicians Pepper Adams, Donald Byrd, Elvin Jones, and Yusef Lateef.

A Step-By-Step Breakdown of the Guitar Styles and Techniques of a Jazz Legend (Signature Licks Guitar). Take an in-depth look at Kenny Burrell’s jazz guitar mastery with Wolf Marshall, who will teach you how to play some of his hottest licks. Demonstration tracks are included for practice purposes. Wolf covers 14 tunes, including: Autumn Leaves * Groovin’ High * My Favorite Things * This Time the Dream’s on Me * Wholly Cats * and more.