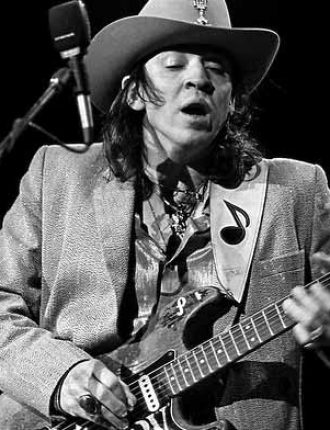 Stephen Raymond Vaughan (October 3, 1954 – August 27, 1990) was an American musician, singer, songwriter, and record producer, and one of the most influential guitarists in the revival of blues in the 1980s. Vaughan was born and raised in Dallas, Texas. He began playing guitar at the age of seven, inspired by his older brother Jimmie. He dropped out of high school in 1971 and moved to Austin the following year. 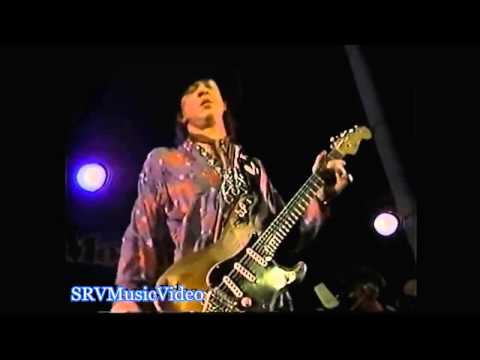 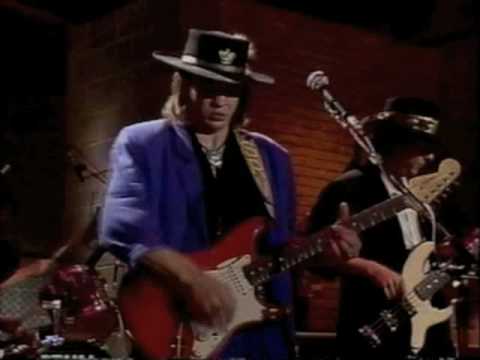 He played gigs with numerous bands, earning a spot in Marc Benno’s band the Nightcrawlers and later with Denny Freeman in the Cobras, with whom he continued to work through late 1977. He then formed his own group Triple Threat Revue, but he renamed them Double Trouble after hiring drummer Chris Layton and bassist Tommy Shannon. He gained fame after his performance at the Montreux Jazz Festival in 1982, and his debut studio album Texas Flood charted at number 38 in 1983, a commercially successful release that sold over half a million copies. Vaughan headlined concert tours with Jeff Beck in 1989 and Joe Cocker in 1990. He died in a helicopter crash on August 27, 1990, at the age of 35.

Vaughan received several music awards during his lifetime and posthumously. In 1983, readers of Guitar Player voted him Best New Talent and Best Electric Blues Guitar Player. In 1984, the Blues Foundation named him Entertainer of the Year and Blues Instrumentalist of the Year, and in 1987, Performance Magazine honored him with the Rhythm and Blues Act of the Year.

The Ultimate Guitar Lesson Book with Online Audio Tracks. Study the trademark songs, licks, tones and techniques that made Stevie Ray Vaughan a legend. Each book comes with a unique code that will give you access to audio files of all the music in the book online. This pack looks at 15 of Vaughan’s most influential songs including: Couldn’t Stand the Weather * Love Struck Baby * Pride and Joy * Texas Flood * and more.

Day by Day, Night After Night: His Final Years, 1983-1990 Stevie Ray Vaughan tightly grips a place in music history as an unmatched blues man and guitar legend. His unique style is unmistakable and has never been repeated. In a day-by-day format, Craig Hopkins presents an unprecedented celebration of this artist.